Yamaha’s line of Clavinova digital pianos are the most technologically advanced piano keyboards in the market.
We carry many of the most popular and newest models of Clavinovas, including the CLP & CSP series and the CVP series. 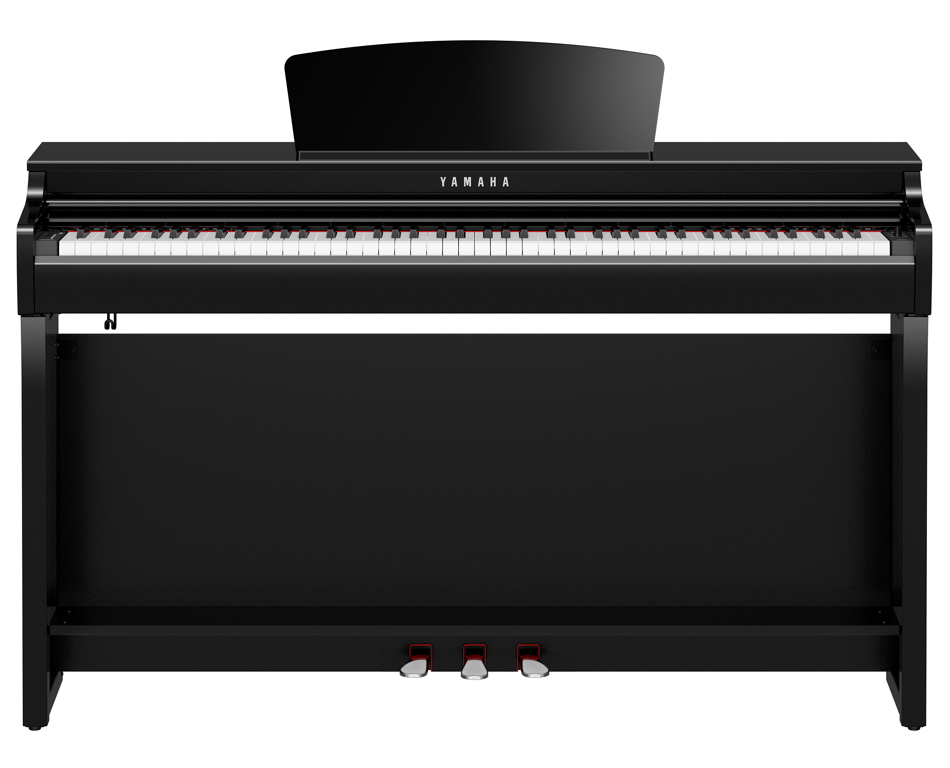 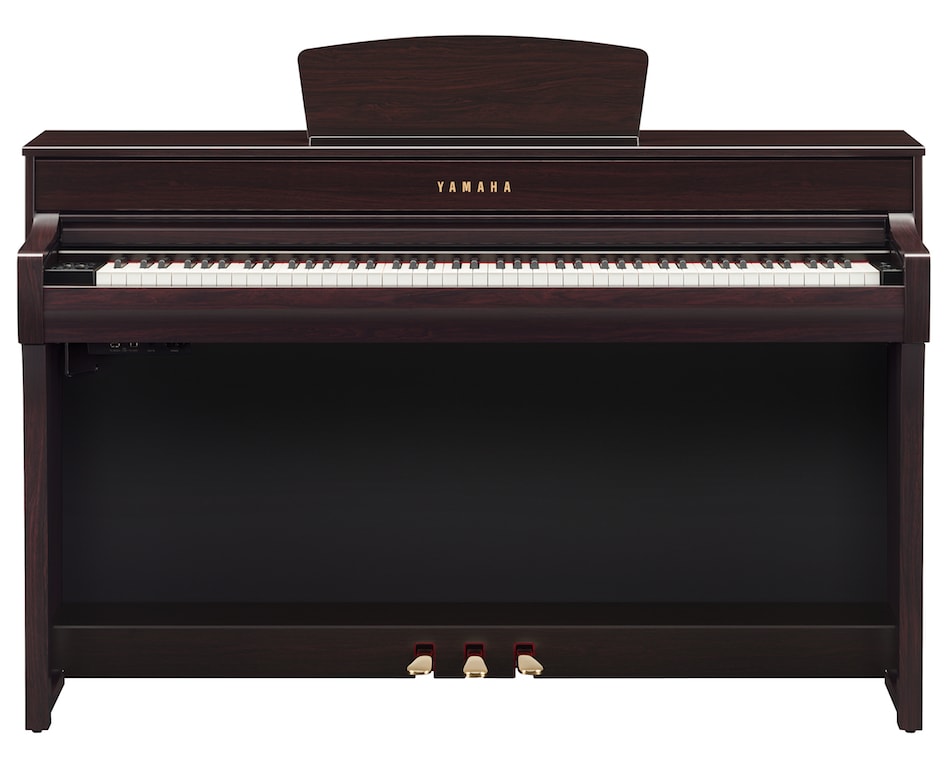 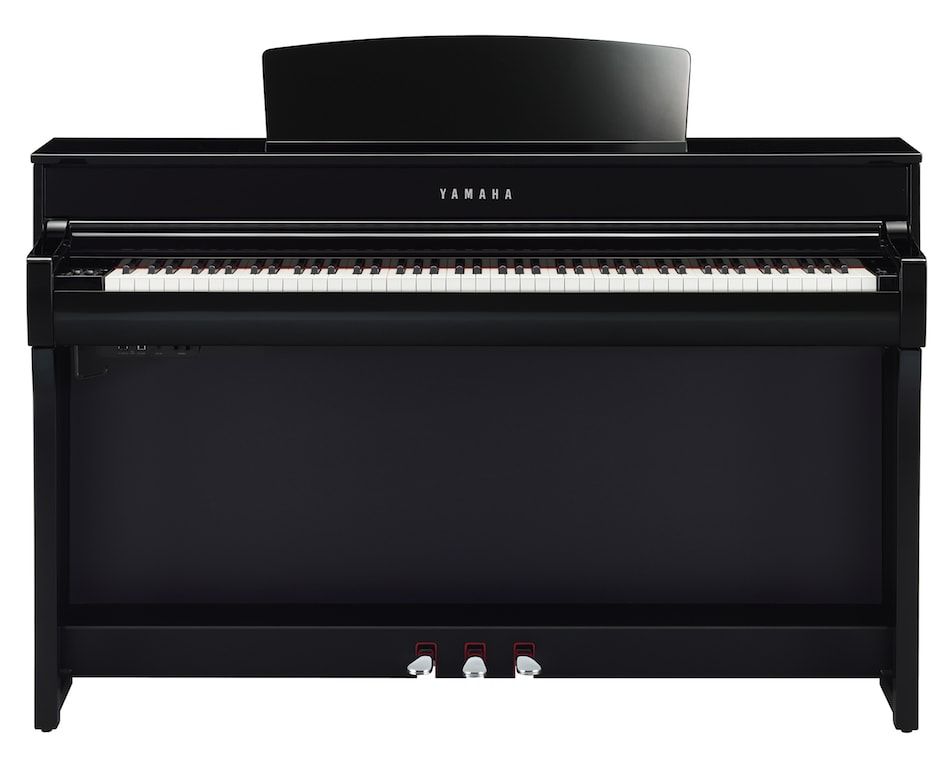 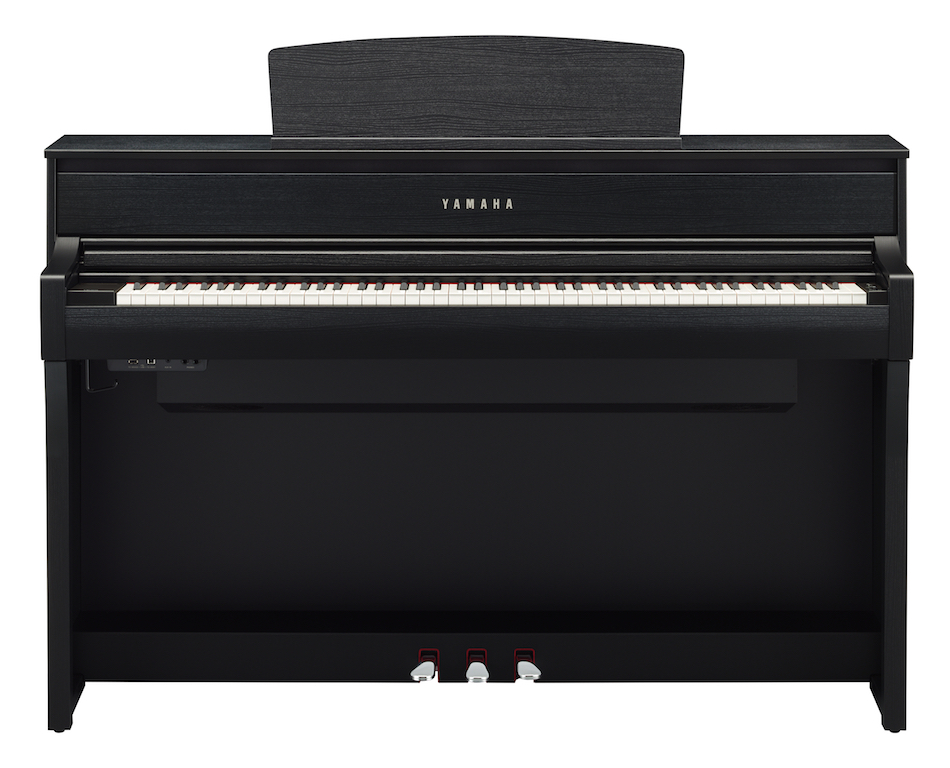 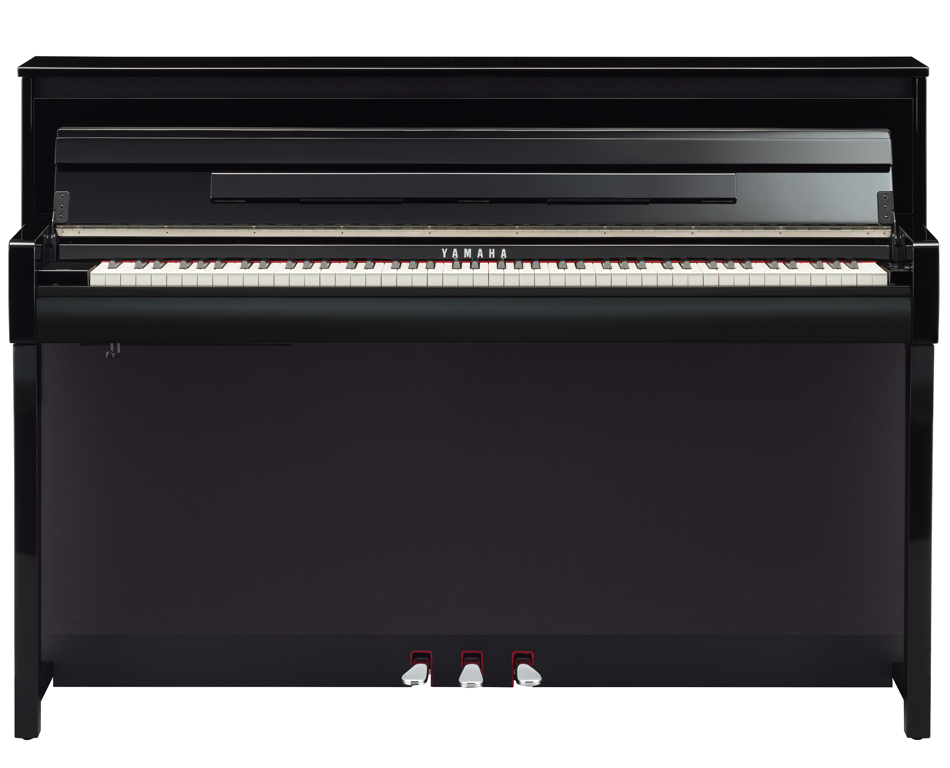 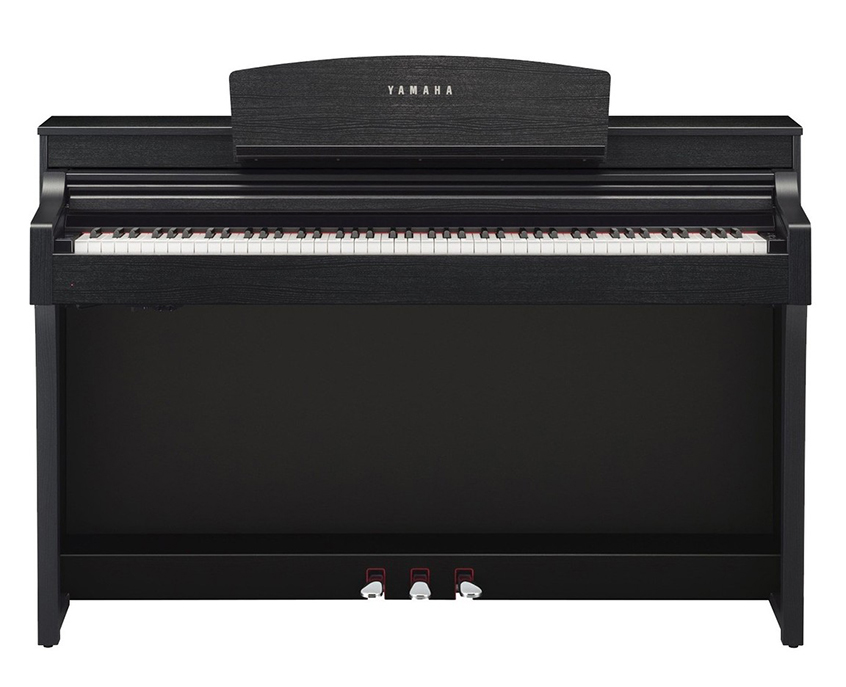 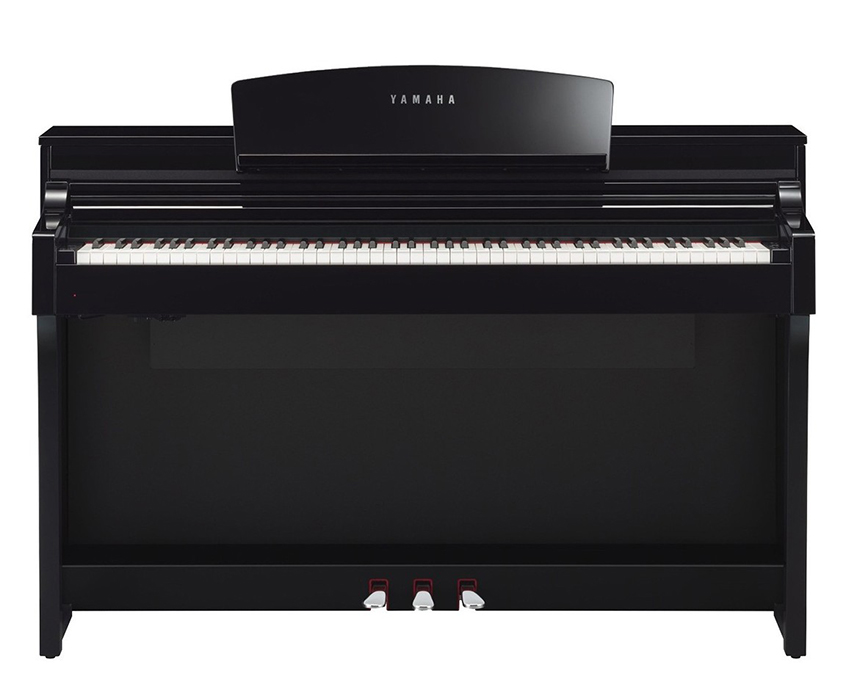 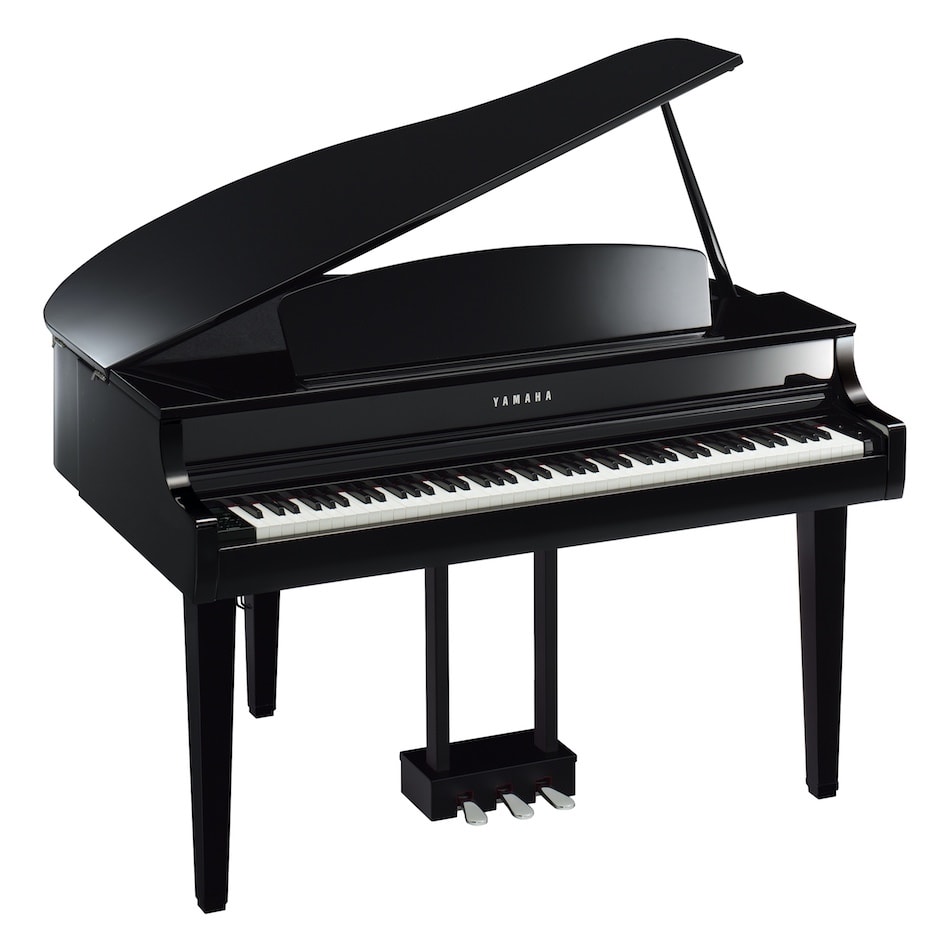 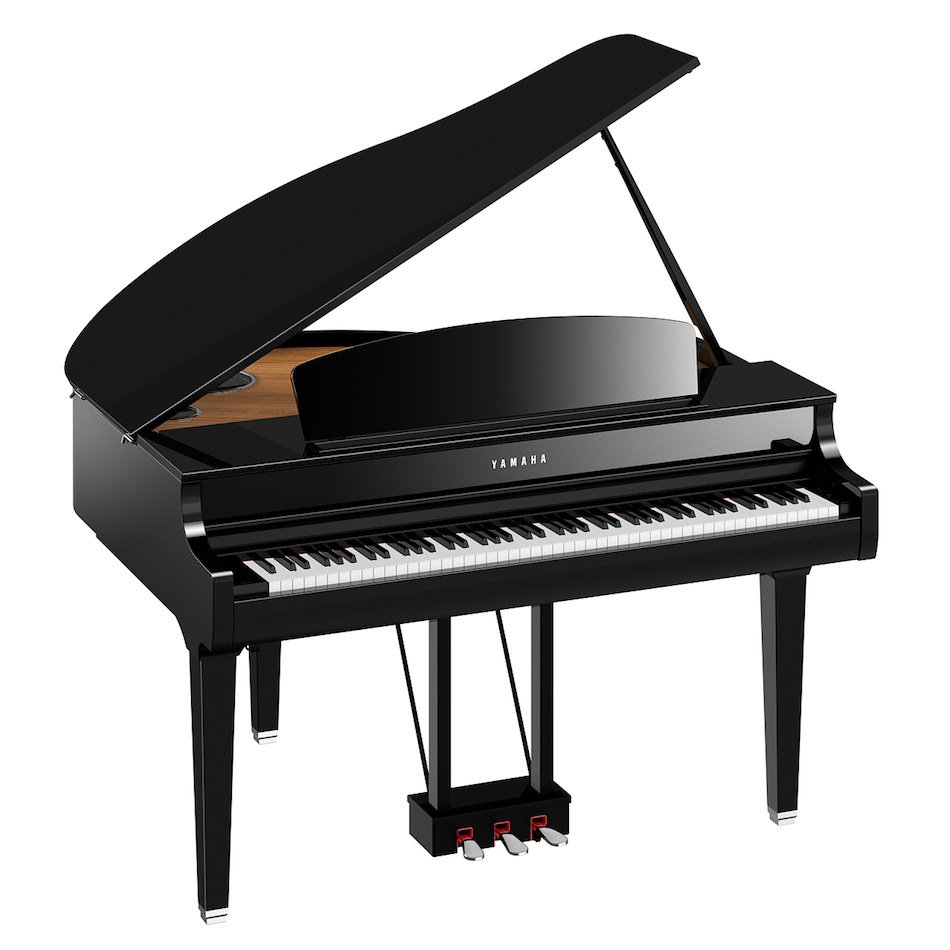 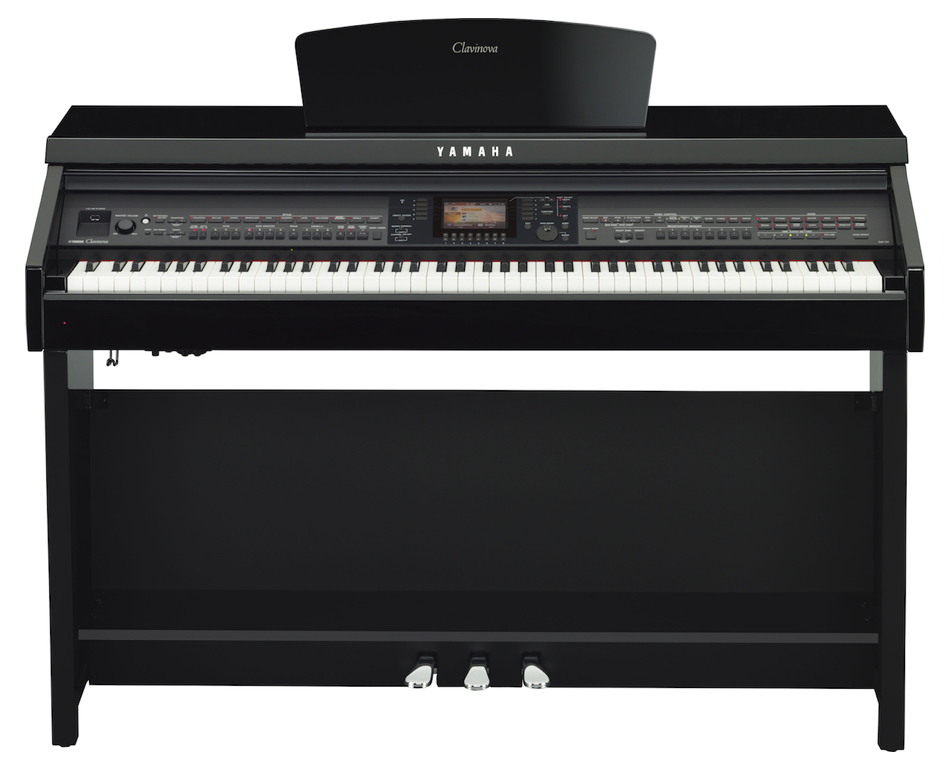 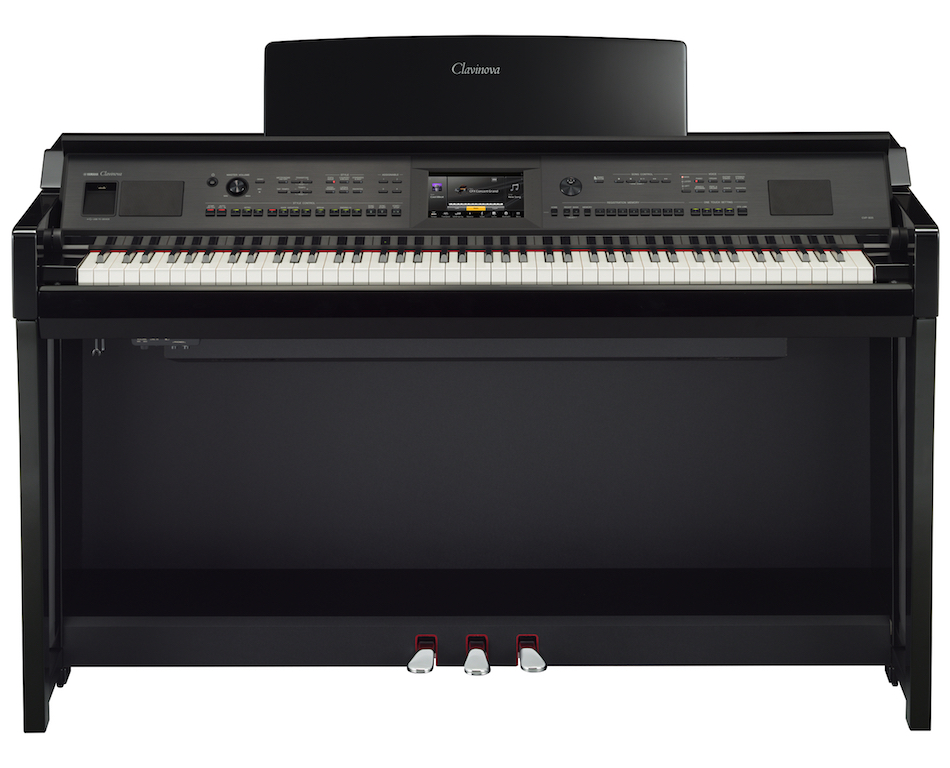 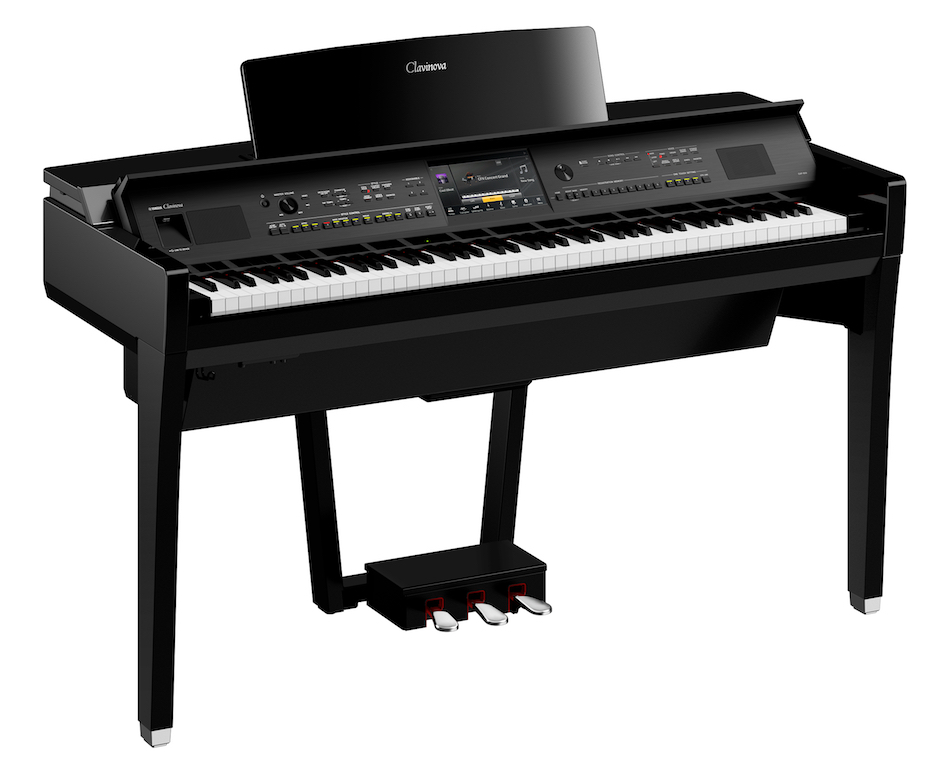 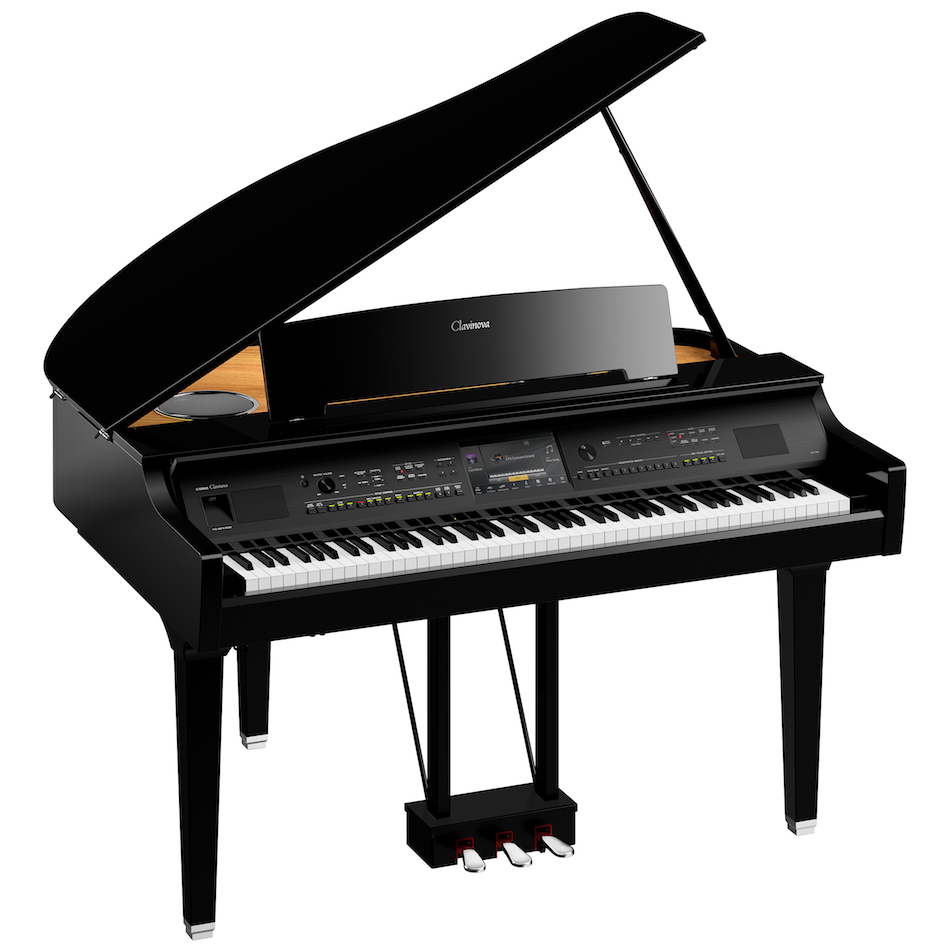 First, it is important to understand the difference between an acoustic instrument (like a grand piano, for example) and a digital one, which lies solely in the way they make sound. The sound of an acoustic piano is actually the sound of physical strings vibrating in the air, which occurs when they are struck by hammers, as a result of keys being pressed. Although piano is by far the most common acoustic keyboard instrument, there are others as well, including harpsichord (which also has strings) and celeste (which instead has bells).

In contrast, digital instruments (including both digital keyboards and digital pianos) make their sound electronically. In other words, they require an amplifier and loudspeaker (or connected headphones) in order to be heard; without an amp and speakers (which are often built in), you wouldn’t hear anything, which is why digital keyboards make no sound when they are turned off.

DIGITAL PIANOS VS. KEYBOARDS
Digital pianos, as their name implies, are designed specifically to have the sound and feel of acoustic pianos — and sometimes to look like them as well. Keyboards, on the other hand, typically offer a wider range of sounds, but rarely have the feel or look of an acoustic piano.

In contrast, the keys of most digital keyboards are unweighted and are almost always made of plastic. Many digital keyboards, however, offer touch-sensitive (sometimes called velocity-sensitive) keys. Though this is not the same as weighted keys (there is no “resistance” when you depress them), this feature does cause sounds to get louder and/or brighter as keys are struck with greater force, similar to what happens on an acoustic piano. 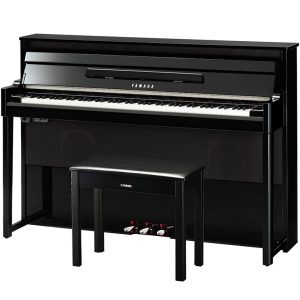 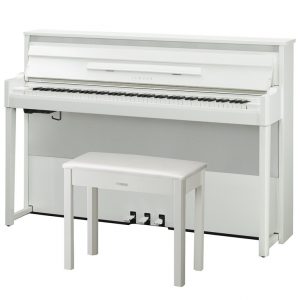 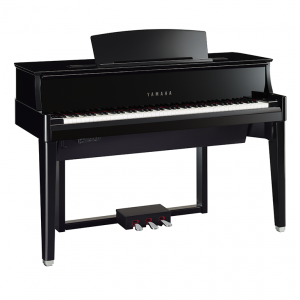 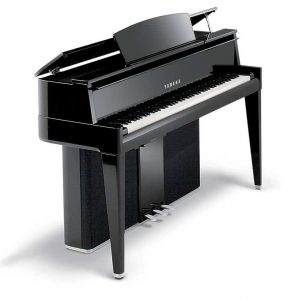 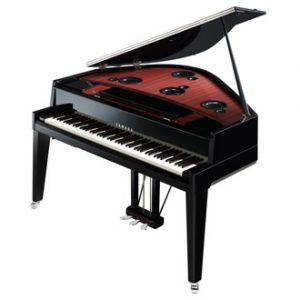 Firstly, the new CLP Clavinova captures the soul of a Yamaha acoustic piano.  Secondly, it embraces the heart of Yamaha innovation.  Lastly, the CLP blurs the line between acoustic and digital with authentic grand piano touch, tone and power.  In addition, it contains all of the intuitive controls that let you do things which only Yamaha digital pianos can do.

Recreating the touch, tone and power of the finest concert grands is just the beginning. The CSP Clavinova is packed with thoughtful technology geared toward helping you become a better player.  It turns your favorite songs into piano scores and teaches you how to play them.  Lets you lead a virtual orchestra, join a jazz ensemble, add backup singers and more.  In addition, it allows you to control everything from an elegant app on your smart devices.  It’s your favorite piano and favorite piano teacher all in one amazing instrument.

What’s more, the sound made by these instruments begins life as a series of numbers (i.e., digits — hence the name “digital”), same as data in a computer. This works in a very similar fashion to the way your laptop, smartphone or tablet stores and plays back your favorite tunes, except that in the case of a digital keyboard or piano, the numbers are describing a single sound (played back at a pitch corresponding to the note being pressed on the keyboard), as opposed to a complete song. This is why most digital instruments (including virtually all digital keyboards and digital pianos) can be easily connected to laptops, smartphones and tablets, allowing you to record your performances and play along to your favorite songs, even while practicing over headphones.

Our flagship CVP is everything you’d expect from a Clavinova. As a result, you have total control at your fingertips and more! Bring in virtual session musicians and harmonize with backup singers. In addition, add authentic voices to hundreds of digital instruments. Above all, the intuitive color touchscreen controls a new world of entertaining possibilities. You won’t believe how it sounds and what it can do.