A new Steinway concert grand can set you back more than $100,000. You could have bought my grandmother’s old Steinway piano for a lot less. 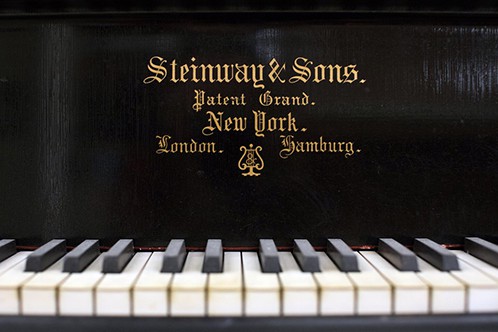 Steinway & Sons, in fact, did. The company purchased it for $7,000,William Youse, its director of technical services and special projects, said last week as he examined his records.

The company runs a buyback program, something I discovered while helping with my grandmother’s estate when she died in 2004. Her piano wasn’t in pristine condition, thanks to years of morning sun streaming through the window of her Upper West Side apartment onto its wooden case.

The notes included the names of the couple who bought the piano on Dec. 30, 2005, coincidentally, what would have been my grandmother’s 106th birthday.

“There’s a market of people who want these older instruments,” Mr. Youse added. “Some believe there was a golden age of the piano. Henry Steinway once told me his father once told him the best Steinways ever built were built 40 years ago”—meaning 40 years before whatever date it happened to be. 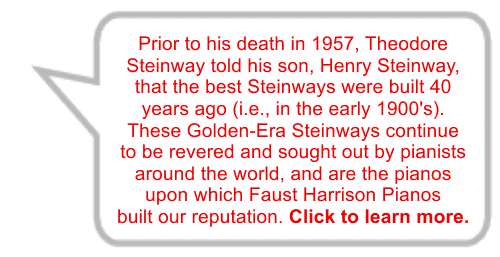 The company, whose factory is in Astoria, Queens, repurchases, restores and resells its instruments as a moneymaking venture, but also to protect the brand.

“There’s a whole underworld of people who restore and sell Steinways,” Mr. Youse explained, as the sound from a craftsman testing a piano’s keys filtered into his office. “When they’re done, they’re not truly Steinways. They use aftermarket parts.” 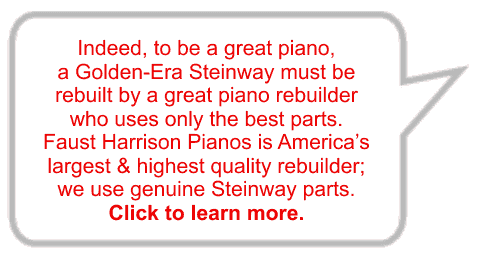 It turns out that the sun damage to my grandmother’s piano could be repaired once the finish was removed and the wood sanded. “The only thing that remains is the cast-iron harp—the thing that holds the strings—and the furniture parts,” he told me. “We replace the keyboard, action parts, sound board, pin block.”

Steinway & Sons last year opened its new showroom near Bryant Park, after decades on West 57th Street. Its factory hasn’t moved from its home in Queens, steps from the East River and across from Rikers Island, since 1871. 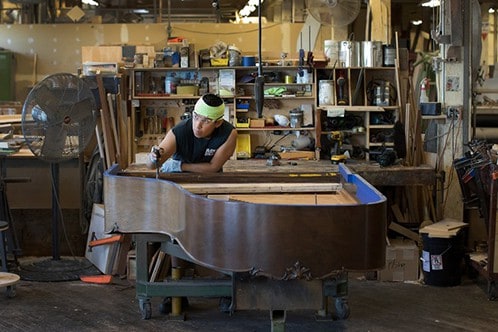 Back then, Mr. Youse said, the area around the factory included a beer garden and a dance hall. “Every piece of the piano was made on the property. We floated logs down the Hudson River,” he said.

Four generations of his family have worked for the company, starting with his grandfather in the 1940s. His father began in 1955, the same year Mr. Youse was born. He got started at Steinway in 1973, and his son has now been on the job for almost 10 years.

Steinway restores about 100 pianos a year in addition to producing 1,000 to 1,200 new grand pianos and 200 to 300 upright ones in Queens. The company also operates a factory in Hamburg, Germany.

Some pianos are bought back, refurbished and sold to new owners, but others return to their current homes. Mr. Youse recalled one that was restored to pristine condition, except for one detail.

“The woman told us, as a kid, there was a particular piece she couldn’t get past,” he said. “She was so frustrated she bit the piano. She wanted to have it restored on one condition—they left the teeth marks.” Mr. Youse once fielded a phone call from Paul McCartney, who, back from a trip to Detroit, wanted to help save an 1877 Steinway grand once played by Motown artists.

When the job was done in 2012, the piano was moved to Steinway Hall on 57th Street, where Mr. McCartney performed a benefit concert for the Motown Museum.

Mr. Youse, who attended, was elated when the ex-Beatle launched into “Hey Jude,”
one of his favorite Beatles tunes as a teenager.

The piano didn’t sound bad either.